Hey debian-pb users, today i will share with you guys some knowledge about the vuln of exim that happens with versions 4.87 till 4.91 (CVE-2019-10149/Remote command execution). The compromises are hapenning massively known from since day Jun 13 is that what @0xAmit, a security researcher said on twitter, and i was start my audit/investigation more deep a bit about this. So i have the idea to told here what steps i have done on my investigation. Everything happens with the vuln and the help of ShellBot Rootkit on file /lib/libgrubd.so (library bin camo) and this is are implemented by a bash/python script call with nohup  under exim vuln (remote command execution), this is an executable/bin that are executed/loaded by all binarys,  on the server, take a look below:

I was used lsof for see the opened files with the libgrubd.so with parameter -n (inhibits the conversation of network) and -P (inhibits the
port numbers and replace for names)

This file called $ /lib/libgrubd.so is not normal exists on clean linux servers, cause this library doesn’t exists. In case of this file exists on your server, probably your server was owned/rooted:

This bin/executable, is installed with a default, when a new proccess starts, it will be executed always with him attached, and it is not safe, and easily you can have problems, including the fact that you not know what the attacker have done on the system.

Another thing that are a big clue, is that libgrubd.so have the group mail, why? Cause was created by mail user on the RCE(Remote Command Execution), since the attacker was use the vuln of exim, they can catch a validation of exim to execute commands, i have identified and searched, and found they are using scripts bash/python shuffled with base64 with onion/tor/pastebin links calling other scripts inside of the main script:

Using the $ strings command (that permits you see and read some parts of actions from a bin/executable), we will see some details about these actions:

These last lines from stdout from $ strings, will be the most important part of this ShellBot, cause are the actions of binary that is relevant, this rootkit, works on pamd. The pamd are known the guy that made the authentication, working with cryptography, ldap and other things. On this scenario, the bin/executable will do changes on the lib of pam, pam_unix, that lib do many calls on the system for do changes on de user accounts and processes for authentication. This lib (pam_unix) uses informations of /etc/passwd and /etc/shadow, but if you change this native method, you will be capable for scale privileges, and this is what happen here with the help of /etc/ld.so.preload.

This bin, do some actions on enviroments variables(HISTFILE) and clean some traces of their actions on (lastlog).

This customizations maded by the rootkit on pamd, cause alot of problems on the authentication of linux, including with the user root, is something like, broke the linux authentication mode, and everything that needs permissions, and need certain types of permissions, will be broked at this point. Because pamd will cannot validate nothing correctly on passwd and shadow:

Here you see the PAM without authenticate nothing on /var/log/secure:

The pamd will cannot read nothing on passwd and shadow, and the communication of pam will be broked.

But remember, you dont know what is happened here, you just fixed the issue, but you dont know if the server is secure anymore, asks yourself, what the attacker have done, if him was have root level access? Yes, OS Reinstall is the best bet here.

I have found this main script, and want share how the Remote Command Execution starts analyzing the code, they are using nohup tool, this will prevent that proccess receive a hangup (HUP) , and this is the logic of this attack , cause always will be calling another script inside of another script, like a tree, that attack was called too with the codiname of “The Return of the WIZard” (WIZ and DEBUG was vulns from 90’s that happened with Sendmail (MTA) ): On the main script, they are telling, about this incursion is happening only for mine, and they not want any data, lol, who can trust on this? 😛

I confess this is the most funniest on this disclaimer “We make your security better by breaking it.”.

Cya / send me an e-mail 🙂 hey@igorlnx.com 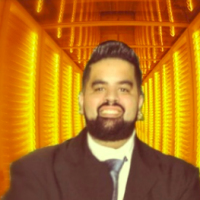